What do CFSB Coaches Eat?-Kate’s Story

In this interview we sit down with Coach Kate to talk about what she eats on a regular basis. For those of you who don't know Coach Kate, she: -is a licensed therapist -is a mom of three -is a long time CrossFitter -was my very first one-on-one nutrition coaching client a number of years back -is a badass when it comes to cardio/endurance workouts In this video Kate tells us: -What eating was like for her growing up -Her personal evolution when it comes to healthy eating -What she currently eats on a daily basis with concrete examples -What she's learned about healthy eating given all the different commitments in her life -What her favorite off-plan foods are -Her favorite special occasions to eat off-plan food. 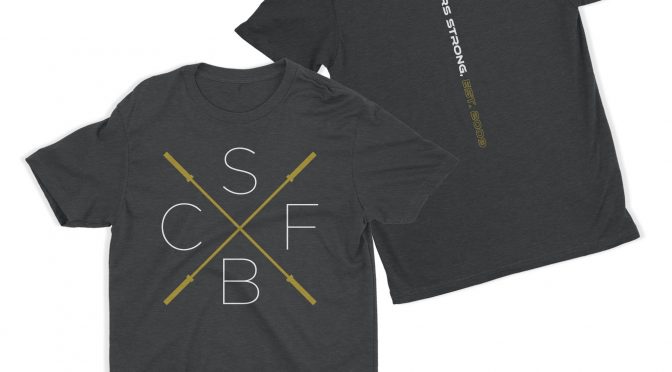 **Pre-Orders are now available for our 10 Year Anniversary Swag **Deadline is the May 22 by midnight! **Limited Stock Available **Shipping Available **Spend $50 get 10% off with “ cfsb10 “ **Hats available in Trucker Curved bill, Dad hat, and Trucker Flat bill **Women’s Tank and T-Shirt available https://crossfit-south-bend.myshopify.com/ 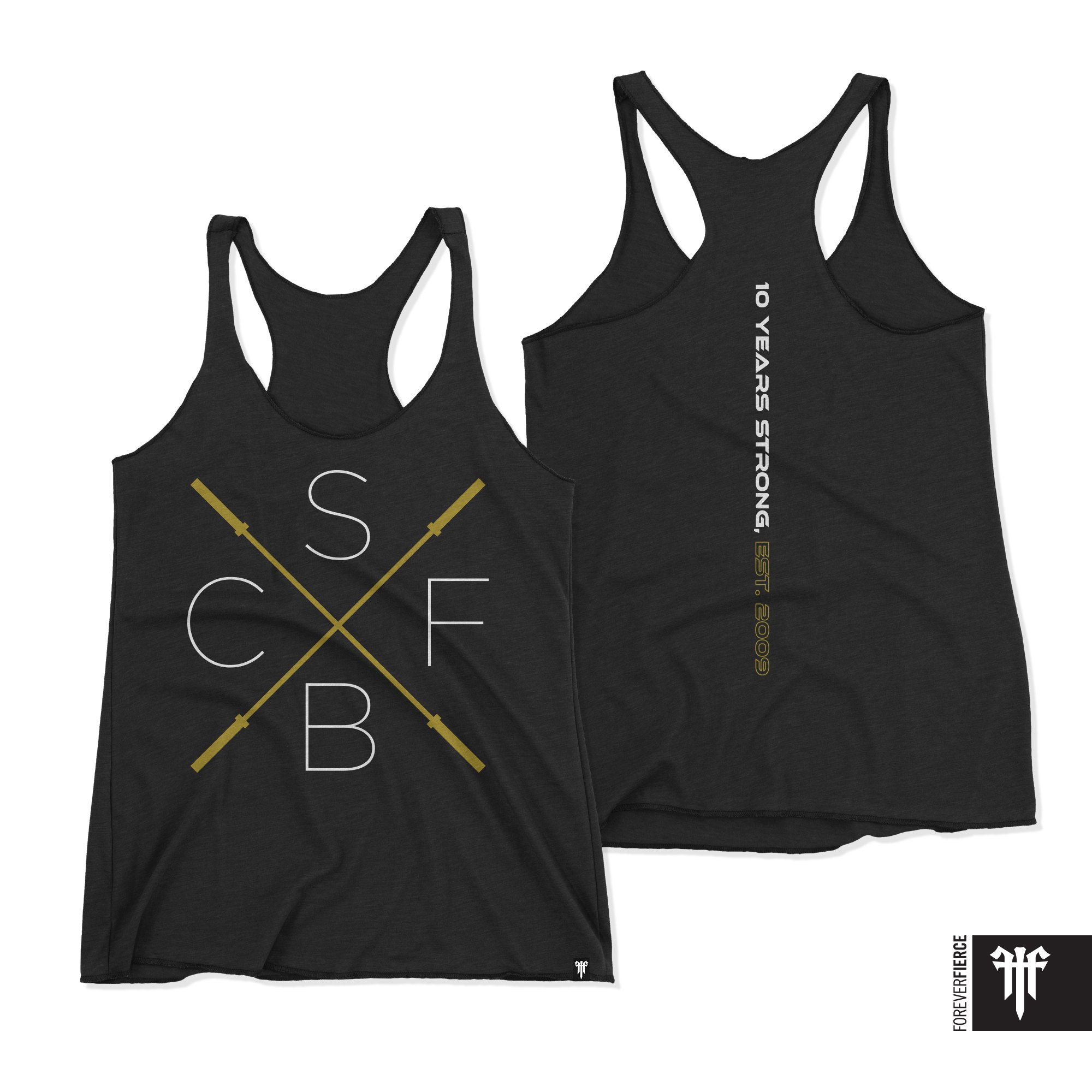 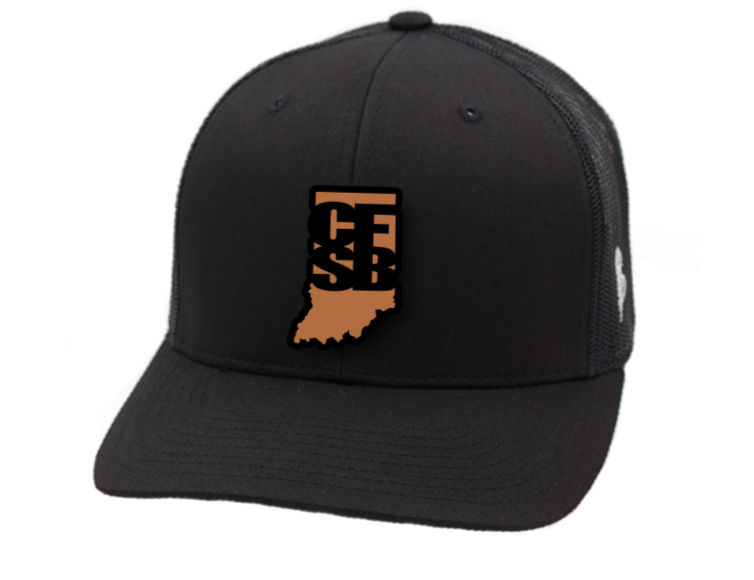 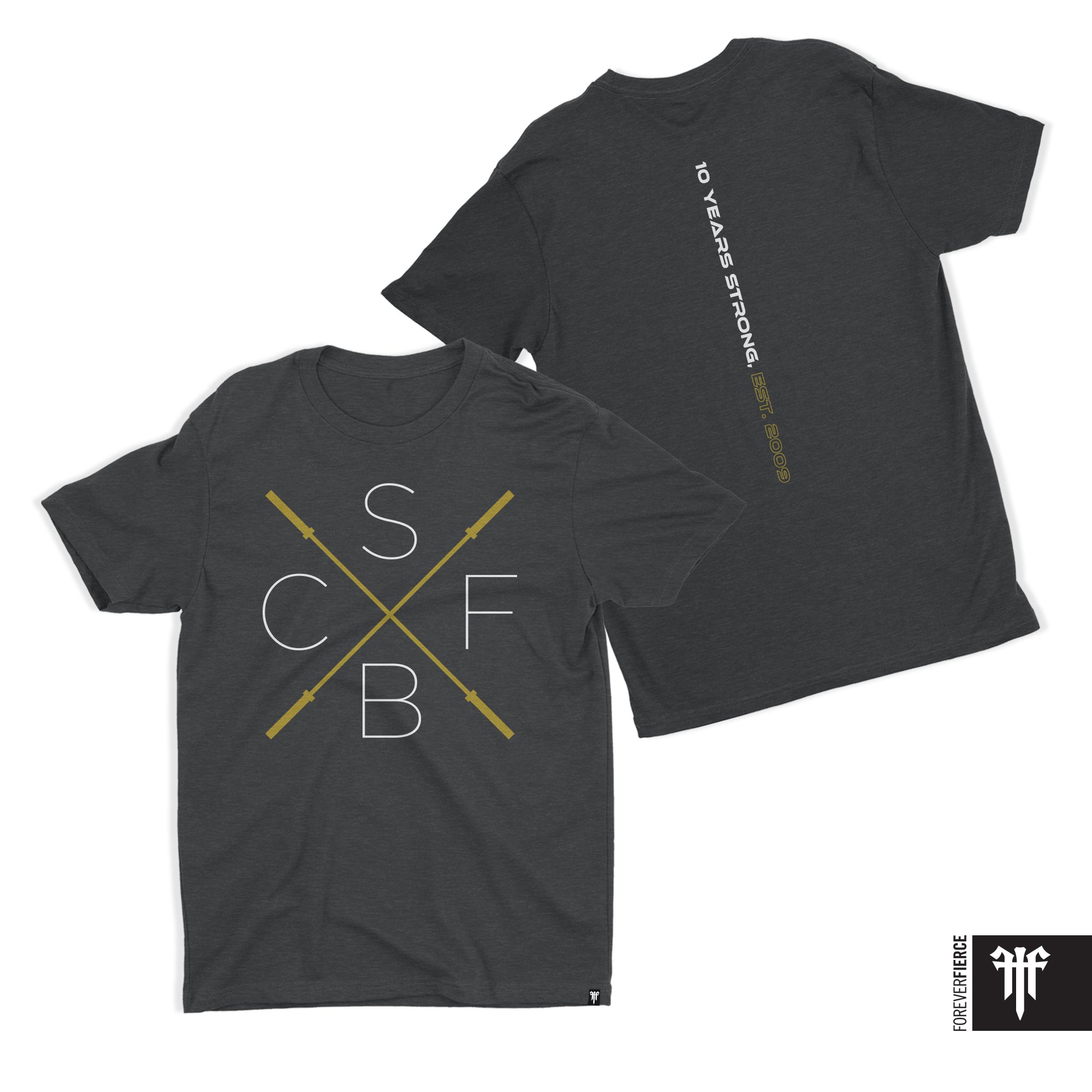 How many carbs should you eat per day?

One of the most frequent questions I get asked is: how many carbs should I be eating per day? As with everything else we discuss, the answer is that it totally depends on your goals, health status, training level, etc. For example, a 300lb sedentary person will need fewer carbs than a 25 year old CrossFit athlete. That being said there are good general guidelines we can give as a starting point. For most active adults, who typically weigh between 100-200 lbs, a good amount of daily carbs is: 100-200 grams per day. A big difference between carbs and protein is that carb intake is, to a large extent, based on energy expenditure (i.e., how much you work out). This ranges from .5g/lb for sedentary individuals all the way up to 2g/lb for highly active individuals. Most adult humans weigh between 100 and 200lbs and 1.0g of carbs per pound of bodyweight for generally active individuals is a good place to start for most people. Whether you calculate this based on 1g/lb of weight based on a generally active individual or even based on 20-30% of total calories they're all roughly speaking going to come out fairly close to 100-200g per day for most active adults. How would this actually shake out in real life? Let's say you had someone who weighed 150lbs who does CrossFit 3-4 times a week. There are so many factors to take into consideration, but generally speaking this peson would be getting around 150g of carbs per day. This would be 50g of carbs per meal assuming 3 meals. In future videos, we'll talk about what kinds of carbs you should be eating, and special considerations to take into account weighing and measuring carbs.

In this video we sit down with Ben and Amy who did our three month one-on-one nutrition coaching program. What changed? -Amy got way more control over her food choices rather than food controlling her -Both of their energy levels were way better -Ben lost 30lbs and 13% body fat. -Ben got a couple strict pull-ups -Amy's body composition was already quite good when we started, but it got even better throughout the process. They tell us -what life was like before we started working together -how their 3 months of nutrition coaching went. -how their lives changed -how they navigated this program with jobs, kids, and other time commitments -how they plan to stick with the plan long-term. Congrats on all your progress Ben and Amy! You did a great job!

What can a nutrition coach help you with?

What do CFSB Coaches Eat?-Erin’s Story

In this interview we sit down with Coach Erin to talk about what she eats on a regular basis. For those of you who don't know Coach Erin, she: -is a mom of 2 -is a long time CrossFitter -is a huge fan of dogs -recently completed her first Whole30. In this video Erin tells us: -What eating was like for her growing up -Her personal evolution when it comes to healthy eating -What she currently eats on a daily basis with concrete examples -What she's learned about healthy eating given all the different commitments in her life -What her favorite off-plan foods are -Her favorite special occasions to eat off-plan food.

How to maximize your performance with nutrition coaching

In this video we talk about how nutrition coaching can help you optimize your performance. First let's start off with one of the foundational pieces: food amount. - I see it over and over and over again where people are under-eating, and this is especially true for people who are training for CrossFit, or power lifting, or endurance sports. -If you are not eating adequate calories for what you're training for, then you're just, generally speaking, going to underperform. -So with our InBody body fat scanner, we can actually help you determine the exact calorie needs for you based on your sport and body composition and so on and so forth. But what if you're eating enough calories but you're still not performing well? Well, maybe then your macronutrient balance is off. -You could be someone who has a 3000 calorie diet that's very high protein, high carb, and another person who has a 3000 calorie diet that's very high fat, low carb, and moderate protein. -The balance of those macronutrients is gonna determine to a large extent how well you can perform your sport. -For someone who is power lifting, you wanna make sure you're getting enough protein. -For someone who's doing CrossFit, you know, go, go, go workouts, then you wanna make sure you're getting enough carbohydrates. So, that balance is important. Finally, another way we can help you improve your performance, that goes back to one of our core values when it comes to nutrition, is food quality. -You wanna make sure that you have enough nutrients to get adequate recovery from workouts, to get adequate sleep, to make sure your muscles aren't sore, to make sure your blood sugar's stable, to make sure you're actually digesting and assimilating your food. -All of those are incredibly important for performance. So, hopefully now you have a better sense of how nutrition coaching can help you with performance.

What do CFSB Coaches Eat?-Raleigh’s Story

In this interview we sit down with Coach Raleigh to talk about his thoughts on healthy eating. For those of you don't know Raleigh, he is: -A USA Weightlifting certified coach -One of the head coaches of our Olympic Weightlifting program -a PhD student in the theology department at Notre Dame -a CFSB CrossFit coach In this video Raleigh tells us: -What eating was like for him growing up -His personal evolution when it comes to healthy eating -What he currently eats on a daily basis with concrete examples -What he's learned about healthy eating given all the different commitments in his life -What his favorite off-plan foods are -His favorite special occasions to eat off-plan food.

NEW TO CROSSFIT? SIGN UP BELOW TO RECEIVE OUR FREE 10 PART EDUCATIONAL VIDEO SERIES